Articles are sorted by RELEVANCE. Sort by Date.

Lamentations continueŌĆölegitimately soŌĆöover the second-citizen status of manufacturing in the United States. The need undoubtedly continues for renewed support by government and educators for making things here once again...

An American renaissance in manufacturing is neededŌĆöand long overdue.

What was once recognized as the unique genius of America is now slipping away from us and, in many areas, is now seen as a "second rate" capability. Unless action is taken now, this country is in real danger of being unable to regain its supremacy in technological development and economic vigor. First Americans must understand the serious implications of the problem; and second, we must dedicate ourselves to national and local actions that will ensure a greater scientific and technological literacy in America.

6 Getting a Grip on Big-Gear Lubrication (January/February 2012)

The press release on my desk this morning said, "The (precision metal working) industry cannot attract enough qualified applicants. As many as 1,500 jobs a year (in the Chicago are alone) are going unfilled." So what else is new? That's just hard proof confirming the suspicion many of us have had for some time. Some of the best, most qualified and experienced people in our shops are reaching retirement age, and there's no one around to fill their spots. And, if the situation is bad in the metal working trades in general, it's even more critical in the gearing industry. Being small and highly specialized, gear manufacturing attracts even less attention and finds recruitment harder than the other precision metal trades.

Sivyer Steel Corporation, Bettendorf, IA, an ISO-9002-certified casting specialist, is familiar with tackling tough jobs. The company has built an international reputation as a supplier of high-integrity castings, especially those which require engineering and/or full machining. Its not unusual for Sivyer's customers, especially those in the mining, recycling, power generation, valve and nuclear fields, to ask the foundry to produce a one-of-a-kind casting - often something revolutionary - but AnClyde Engineered Products' request was a special challenge, even for Sivyer.

Long-time readers of these pages will know that I have always felt strongly about the subject of professional education. There's nothing more important for an individual's career development than keeping up with current technology. likewise, there's nothing more important that a company can do for itself and it employees than seeing to it they have the professional education they need. Giving people the educational tools they need to do their jobs is a necessary ingredient for success.

His resume reads like that of many gear engineers of his generation: the stint in the army during World War II; the break for college in the late 40s; deliberately vague descriptions of projects for the Air Force in the New Mexico desert in the early 50s; the corporate engineering jobs later on in the decade.

So, you've been assigned the task to buy an induction heating system for heat treating: It's an intimidating, but by no means impossible, assignment. With the help of the information in this article, you could be able to develop common ground with your supplier and have the tools to work with him or her to get the right machine for your jobs.

Richard Spens has been rebuilding antique machine tools for nearly a decade. He is drawn to the ornate architecture and fascinated by the open design that allows you to see inside a machine as it operates. "Working with machines has been a lifelong thing with me," said Spens, now a design engineer. "I started building steam engines when I was 10 years old." What he's working on now, however, is bigger than any steam engine or machine tool. In rural Livonia, Michigan, Spens is converting an old dairy barn into an accurate recreation of a turn-of-the-century, belt driven gear shop. It's an outgrowth of his interest in antique machine tools and, he feels, a way to stem the tide that is costing America so many manufacturing and skilled trade jobs.

To ensure profitability and avoid losses, accurately quoting jobs is the first line of defense. 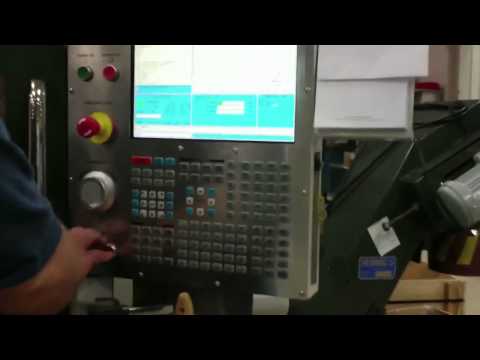